Air hostesses in the 1980s of the now defunct Nigeria Airways

Dakar, the capital of Senegal, was one of the scheduled destinations of Nigeria Airways in the 1980s. Despite the legendary tolerance of the Senegalese to foreigners, people of different faiths, and ideas, the mere mention of Nigeria Airways would shift discussions to a boiling point. There in 1988 Nigerians who lived in Dakar, including this writer, acquired a soiled reputation simply because their national carrier was Nigeria Airways.

It was the same story in London, New York and other destinations of Nigeria Airways’ flights.  The national airline was notorious for delays, cancelling trips, failure to take on board travellers with boarding passes, among its litany of very bad services.

Between 1987 and 1995, Nigeria Airways had six documented accidents and a hijack, almost one disaster per year.

Whilst a phone call to the Aeroport Yoff in Dakar (renamed Léopold Sédar Senghor International Airport) would result in needed information on arrivals and departures of airlines, Nigeria Airways flights were an exception. The airport information desk would have no information, nor could they tell whether the flights would come at all on the day, or one or two days later. The Nigerian national airline competed with Air Afrique, owned by some francophone countries at the time, for the poorest record among airlines.

Established more recently, another national carrier was born through a joint venture with the Virgin Group. Named Virgin Nigeria Airways, then Air Nigeria, it did not fare any better. After a mere four years, Virgin Airlines withdrew from the partnership and after only eight years of operations, Air Nigeria collapsed.

Air transportation is a low margin business. If managed well the sector can create massive employment and fuel the economy. There is a consensus amongst experts that Africa has huge potentials for growth in civil aviation.  The experts add though that rarely does an airline in Africa succeed. Over the past 12 years nearly 37 airlines were launched and almost all of them had failed, 25 of which were from Nigeria. Many others were started in South Africa.

The International Air Transport Association (IATA), the industry regulator and coordinating authority, says that most of Africa’s airlines operate at 70 per cent capacity whilst the industry average is 80 per cent.

It is not too low overall. But the improved average is probably due to the death of many African airlines. Only few capable ones are standing and more than 90 per cent of them rely hugely on governments’ support.

IATA expects growth in air traffic this year and significant profits, but Africa will post a

With the bad experience from Nigeria Airways and Air Nigeria, coupled with high level of uncertainty in the sector, and great tendency to mismanage parastatals, why would Nigeria start yet another national carrier?

According to Nigeria’s minister of state for aviation, Hadi Sirika, Nigeria Air as a new venture will be profitable in the first three years of operation. But the statistics say otherwise. Given the track record of Nigeria’s failings in the aviation industry, how credible is the minister’s statement? What basis could be in the business proposal that he received to assume such a future? Where is the transparency on this critical issue? 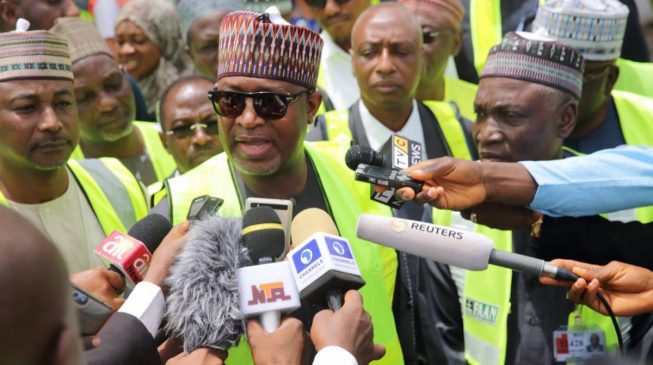 In 2017, Kenya Airways remained in the negative territory despite cutting its losses by 51 per cent to $97.6 million compared with $249.7 million posted the previous year.

As usual, South African Airways recorded a loss of $153.3 million for the year ended March 2017.  It relies on government bail out to survive every year.

Rwanda Air is running on the good name of the country despite its struggle to maintain decent services. A new entrant into the civil aviation industry, its future is tentative. It relies extensively on government support and goodwill of regional powers.

Nigeria Airways took on the name in 1971 and once had 30 aircraft, including the best available aeroplanes at the time. By the time it closed up in 2003, its fleet had dwindled to only one aircraft and two leased ones. Its debt was estimated at about half a billion US dollars.

Ethiopian Airlines, sub-Saharan Africa’s largest carrier, is an exception. It posted a massive 70 per cent increase in net profits in 2016 to $261.9 million, from $150.9 million the previous year. The airline has recently launched its 100th aircraft, and its fleet boasts of many modern, top-of-the-line aeroplanes.

Nick Fadugba, CEO of consulting firm African Aviation Services and former secretary general of the African Airlines Association, said: “The main reason why few cargo airlines have been successful in the past in Africa is that they lacked the critical combination of an efficient fleet, viable route network, strong customer base, strategic partners and adequate financial resources.” It is the same problem with passenger airlines.

Besides the management and operational deficiencies of airlines and aviation, Nigeria would have to scale up its efforts to attract more visitors to the country. Nigeria hardly has a developed tourism industry.

Some obvious “hub” potentials of Nigeria are to build on faith or religion, Nollywood, music and other related industries, that encourage travellers to the region. There are no obvious policy and set programmes to build and support the faith and entertainment industries vigorously. Despite the setback, many private business owners and entrepreneurs work against the odds not only to sustain these industries, but also to attract foreign investors and make the country attractive to foreigners.

There are many more things to do. The online visa application is a step in the right direction. The improved baggage checking and security at Murtala Mohammed International Airport in Lagos has decreased very much the blatant corruption and mistreatment of passengers.

Yet Nigeria has far too many failure factors, including poor and unreliable infrastructure, security challenges, weak brand name, poor marketing, far too many untrained and demotivated staff at international airports, and a weighty tradition of corruption.

Ask any foreigner whether he or she would like to stop at or transit through Lagos airport, or any airport in Nigeria. Their consistently negative answers are very indicative that the country as a major airline hub is a dream which time has not yet come.

Addis Ababa, Cairo, Casablanca, Johannesburg, Lome, and Nairobi are among the major airline hubs in Africa. Lagos and Abuja do not have the infrastructure, perception of security and favoured–destination appeal that compare well with any of the cities listed.

There are many reasons for establishing a national airline, and making profit or having a well-managed business may not be one of them. Perhaps the mere fact that Nigeria has a national carrier may suffice, for political and bragging purposes.  Government should be open about its goals. Nigeria Air of waste and worries will worsen the reputation for the country.

Bunmi Makinwa is the CEO of AUNIQUEI Communication for Leadership. Formerly, he was Africa Regional Director of United Nations Population Fund (UNFPA).